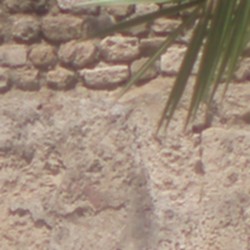 HUMAN ROOTS SINK INTO THE SOIL

About 12,000 years ago, there is a change in the climate. It gets warmer, the ice starts to melt.

It becomes apparent that if wild plants can be domesticated, life in a given location will become more predictable. Settlements based upon knowledge and belief are established. Boundaries between settlements are disputed and agreed. Plants and animals are domesticated....horse, pig, sheep, cow, goat plus cereals, fruit trees, vines, roots and vegetables.

Experts believe, based upon current verifiable evidence, that agriculture and cuniform writing skills have been part of a working civilisation for 10,000 years.

The impact of writing is particularly striking. Knowledge transported beyond the present independently of the person who first acquired it, becomes immensely influential.

There is an understanding of the meaning of planning. There is a compulsion to order and cleanliness. Patterns in nature and behaviour are recorded.

The rope, the net, traps, axes, knives and hammers. The circle becomes significant. The wheel is developed.

It is easy to see how a useful, spontaneous relationship might develop, but we might want to consider how complex multitasking communities develop when the relationships are less clearly utilitarian. Diversity in human community is a strong contributing factor in the success of the human sapien sapien. Just as cells assemble in different combinations, performing different tasks to create a living body, so too do communities of people assemble and organise to effect a comfortable and occasionally even pleasureable society.

The following is a little fable that may illustrate the point.

THE FARMER AND THE FIDDLER

Once upon a time there was a dilligent farmer. He awoke at dawn, worked hard, ate modestly and went to bed early.

All the while the farmer tutted at his neighbour for wasting time inventing silly gadgets especially the stringed instrument that emitted strange sounds when plucked.

As Summer turned from Autumn to Winter, the farmer filled his larder.

One dark night, cold it was, a knock came upon the farmer's door. There stood the neighbour, pitiful and gaunt, begging for food.

Why should I give you anything, demands the farmer. Where were you all summer while I worked?

The neighbour pulled out a fiddle and played a melody so sweet that it transformed the austerity of the farmer's hovel into a warm hearth of love.

The farmer opened his door and the neighbour danced across his threshold.