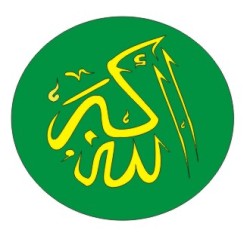 Many a prophet has suggested that the life trapped in this earthly, corporeal prison is but a preparation for a life yet to come. It is a common theme that stretches across many belief systems. Heaven awaits the deserving.

Many believe, it is a single authority, One God, who decides whether the experience that any given homo sapien sapien moves on to is pleasant or unpleasant. One God, one authority, is a theme of singularity that monotheistic ideologies have made so widespread that it is almost past the point of disproving and the idea probably has some common origin and common origins are not uncommon across the great world religions.

Take for example the histories of the Jews and the Muslims. According to reliable sources, Abraham, the very same Abraham asked by God to slit the throat of his son Isaac, apparently had two families. While married to his cousin Sarah, the mother of Isaac, Abraham had a relationship with Hagar, an Egyptian concubine. From that relationship, a son, Ishmael was born.

Sarah was not happy with this turn of events as she had yet to conceive.

'Get rid of them,' Sarah declared.

And like most philandering husbands caught in the act, Abraham complied, taking Hagar and Ishmael out into the desert and abandoning them there with but a bag of dates and a jar of water.

As they began to starve and thrist, Hagar took to running about the hills in the valley of Mecca like a crazy woman until the Archangel Gabriel turns up, digs his hands into the sand and low and behold the zemzem spring of frest water bubbles forth, saving Hagar and Ishmael and founding the city of Mecca and in time the entire Muslim bloodline and tradition.

Many years later a contrite Abraham turns up in Mecca looking for reconciliation and atonement. God not best pleased with Abraham and doubtful of his commitment to obedience asks him to slit Ishmael's throat. Abraham and God are reconciled and instead father and son build the Kaaba as an altar to One God and sacrifice a ram on it. That is the self same Kaaba that is the centre of worship today. Apparently as they were doing so discovered the foundations of an earlier altar built by Adam which had been washed away in the flood.

It matters not whether the belief system encompasses a multitude of Gods, a panalopy of spirits, an array of saints...trace the belief back and one arrives at a single animating force, a single seed, a single common ancestor, a single event, a singularity.

Apparently the Qu'ran says 'Who will give life to rotten bones?' Say...'He who created them at first will give them life again: He has knowledge of every creature...Has He who created the heavens and earth no power to create their like? That He surely has. He is the all-knowing creator.' When He decrees a thing He need only say; 'Be' and it is... to Him you shall return. (surah Ya-Shin, no.36, verses 78-83)

One becomes many. Many become one. All there is of this life existed at the moment of creation and nothing has been added or taken away.