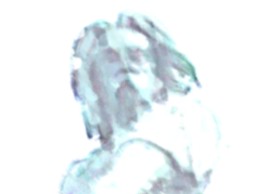 Everyone familar with the importance of Rome to European history has a familiarity with Julius Ceasar and how influential he was in consolidating and extending the power and control Rome exerted over Europe. Julias Ceasar was a man like any other man, but he represented a society more powerful than other in Europe, and he demonstrated the difference that power made in the affairs of man frequently.

One of the most remarkable examples of how he demonstrated that difference was his confrontation with a minor figure in European history, a tribal king of Gaul, Vercingetrix, chieftan of the Arverni, who probably would have disappeared from transcribed history long ago had he not faced and nearly defeated Julius Ceasar. It is this phenomenon of a man of limited influence and power confronting and defying a man of significant power and influence backed by the resources of a state overflowing with surplus.

How could Vercingetrix find the belief that he could stand up to and and even defeat Julius Ceasar and the army of Rome? Was it more 'go down fighting' rather than 'give in without trying'?

The Romans structured their world on the back of Greek culture to create a relatively stable society (the Pax Romana). There was governance, stability, security and prosperity. There were social and cultural activities and standards which could not be said of the peoples of Gaul, at least according to the Romans.

Julius needed to subjugate Gaul in order to establish his credentials as the capable first citizen of Rome. Vercingetrix was not willing to be subjugated. They met and fought at Alesia. Cesear won. Not by much but he won and took Vercingetrix to Rome, imprisoned him for long enough to remind everyone that he, and he alone was strong enough to conquer Gaul. Once Vercingetrix had fulfilled his propoganda purpose he was brutally executed and passed into mythology as a noble savage who stood up to the irreversable march of civilisation and paid the price for it.

Here is a story of civilisation defeating barbarism. Here is a story of the supremacy of leadership and technology over the crude enthusiasm of passion and defiance. To defeat another force is one thing, but to invade a distant land, organise survival in that hostile environment, then to prevail over the inhabitants of that land, is quite another story.

As background, consider this...in general men are of equal strength regarless of culture or gentic background, so the man or group of men who dominate don't normally do so by being physically but rather by being mentally superior.

In hunter-gatherer societies, social organisation is less important because social roles are less specialised. In other words, everyone is pretty much equal and the differences between those in power and those with less power is smaller than urban/agriculutual societies which have highly specialised demarcations of skills.

The advent of intensive agriculture and herding meant that men who could handle heavy ploughs and large animals became central to food production and with this, they became powerful economic leaders. The economic dependence of others allowed these men to dominate and govern political institutions.

Political institutions are ambitious. It is the objective of most 'developed' cultures and societies to obtain and control as many desirable resources as possible. This ideology is the basis of empire and Rome was by all definitions an empire.

And if they were right, then Vercingetrix is remembered 2000 years after his death because he championed paganism and ignorance over civilisation and enlightenment and thousands of men lost their lives in the argument.